CompTIA A+ Certification is a four-day course. It is a foundation-level course intended for IT professionals with one-year experience. The candidates will gain skills required to assemble elements based on customer requirements. They will get to know about installation, configuration and maintenance of devices. Learn how to become a CompTIA certified professional with Best Practice Training.

This training provides an understanding of basic fundamentals of networking and security. CompTIA training enables candidates to get knowledge on how to provide customer support, using troubleshooting steps, knowing the basics of virtualization, desktop imaging, and deployment. The training course doesn’t include the examinations, however, prepares the candidates for both the exams.

The candidates will cover about following topics:

An overview of windows

Note: Lab is also provided in this course for hands-on practice and practical learning.

CompTIA A+ certification has two examinations as follows:

Learners should have some basic knowledge of Windows, PC, Web browsing. Further, it is suggested to have the following abilities and info before taking the course:

This course is designed for IT professionals with job profile such as Desktop Engineer, Support Engineer, Maintenance Engineer, Computer Administrator, or PC Support Analyst.

Delegates Will Learn How To

The delegates by the end of this course will have learnt about:

Training Solutions at Your Convenience

Our objective has always been to address and resolve the problems of our learners in an efficient manner and improve their learning prospects. We are accustomed in providing training courses as per our learner’s convenience. We love every opportunity to use our experience to resolve difficulties confronted by learners.

We provide the best web conferencing platform(s) to facilitate our learners to enhance their communication with the instructor.

Our courses include the real-time demonstration of figures, diagrams and other interactive material through digital whiteboards.

During the Virtual Classroom session, learners can raise their queries through instant messaging and follow up on their doubts.

Through participating effectively in training, individuals can easily discuss their views, mute their surroundings and virtually "raise" their hands.

Features of Our Virtual Classroom Courses 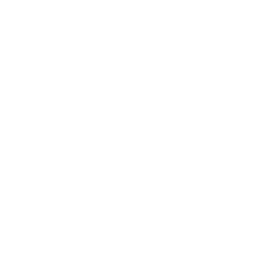 How to Choose and Attend Your Ideal Course?

We provide 400+ courses covering broader aspects of personal and professional development training needed by any individual. You can choose any course as per your need or requirement. Our courses are designed to fulfil the current organisational and job marketplace requirements.

Choose the course you want to attend to fulfil your desired goals.

Attend the training with your prefered method at your convenience.

Upon finishing the course, you will get the completion certificate validating your learning.

Benefits of Attending Our Online Courses

We provide a variety of certification programmes or courses for individuals to master a skill set and pursue a full-time career in management, IT, or other domains through the online method to provide them with the convenience of learning. Our dedicated staff works tirelessly to assure the availability of courses with eminence quality that's not found anywhere with benefits like:

We provide onsite courses modified according to our client's organisational needs.

Onsite training helps you to reduce travelling and venue expenses.

Training at your convenient place can be ideal for learning new skills.

Attending onsite training with your team can help to improve your team dynamics tremendously.

Best Practice Training provides specially designed training courses in 410+ locations spanning over 30+ countries globally. All our locations have state of the art facilities for the learners. Some of the Popular Locations are:

Find The Most Convenient Location For You